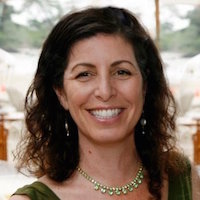 “Carbon is the building block of life.” - Olivia Teter, SSV Board Member 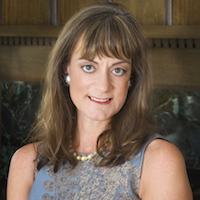 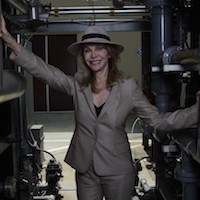 "Global Thermostat technology can be compared to a 'giant dehumidifier' that removes CO2 molecules instead of water from the air." -- Dr. Graciela Chichilnisky, Global Thermostat 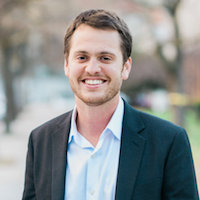 “What we think of today as climate solutions are really just the tip of the iceberg.” - Noah Deich, The Center for Carbon Removal

“A lot of companies are more successful today because they do have an environmental mission.” - Nancy Pfund, DBL Partners 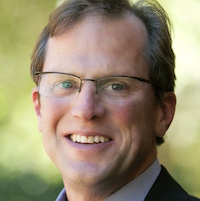 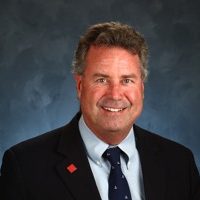 "Blue planet captures carbon from the raw flue gas emitted by coal plants, cement plants, etc. and converts it into high-value building materials, including an aggregate that is a sustainable alternative to mined aggregate, and makes the concrete carbon negative". -- Dr. Brent Constantz, Blue Planet 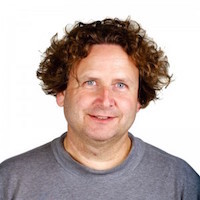 "Our generators run on wood chips and other organic matter to produce a biochar--the overall result is carbon-negative power generation" -- Jim Mason, All Power Labs

Nancy E. Pfund is Founder and Managing Partner of DBL Partners (formerly DBL Investors), a venture capital firm whose goal is to combine top-tier financial returns with meaningful social, economic and environmental returns in the regions and sectors in which it invests. Ms. Pfund currently sponsors or sits on the board of directors of several companies, including; SolarCity (NASDAQ: SCTY), where she is Chair of the governance committee and sits on both the audit and compensation committees, Farmers Business Network, The Muse, Advanced Microgrid Solutions, Off-Grid Electric and Primus Power, and, prior to their public offerings, Tesla Motors and Pandora Media.  Ms. Pfund also sits on the Board of Trustees for National Geographic Society, member of the advisory council for The Bill Lane Center for the American West, and advisory board member for the U.S. Alliance on Impact Investing (formerly the National Advisory Board on Impact Investing). Prior to founding DBL, Ms. Pfund was a Managing Director in Venture Capital at JPMorgan, having started her investment career at Hambrecht &amp; Quist in 1984. Ms. Pfund received her BA and MA in anthropology from Stanford University, and her MBA from the Yale School of Management.

Graciela Chichilnisky is a world renowned economist and mathematician, the creator of the Carbon Market of the UN Kyoto Protocol, the concept of Basic Needs and the formal theory of Sustainable Development. She acted as Lead US Author of the Intergovernmental Panel on Climate Change, which received the Nobel Prize in 2007.  Her pioneering work uses innovative market mechanisms to create Green Capitalism.
Chichilnisky is a visiting professor at Stanford University and a professor of Statistics and Economics and Columbia University. She acts as a special adviser to the UN and is the CEO and Co-Founder of Global Thermostat, a company in which she co-invented a “Carbon-Negative Technology”™ that captures CO2 from air and transforms it into profitable assets such as biofuels, beverages and polymers.

Brent Constantz, Ph.D is a serial entrepreneur who founded and lead as CEO: Norian Corporation 1987-1998, Corazon Technologies 1998-2002, Skeletal Kinetics 2002-2007, Calera Corporation 2007-2010, DeepWater Desal 2011-date, and Blue Planet 2012-date. In 2007, he launched efforts to address climate change by sequestering anthropogenic carbon dioxide as building materials, specifically concrete. In 2012, he brought basic biomineralization to a practical reality with a scalable solution to address climate change in an economically sustainable manner. He has received grants from US, Canada, and Australia Government and has testified before the US Senate and House of Representatives about Climate Change solutions.

Noah founded the Center for Carbon Removal in 2015. Prior to the Center, Noah worked as a management consultant on clean energy and corporate sustainability projects for large companies across North America. Noah received his M.B.A from the Haas School of Business at UC Berkeley and his B.A. from the University of Virginia.

Jim Mason is a General Specialist working at the intersection of engineering, anthropology and information science. He is a graduate of Stanford University, with degrees in Anthropology and Philosophy, after a long tour of Mechanical Engineering. (Yes, he has difficulty sticking to one discipline). From 1999-2006 he was the Founder and Director of the Rosetta Project: ALL Language Archive at the Long Now Foundation– a project to create an online archive of all documented human languages, currently the largest linguistic resource on the web. He also directed the New Guinea Sculpture Garden at Stanford– an effort which brought 11 artists from Papua New Guinea to campus to build a permanent outdoor sculpture garden. Jim is also the Founder and Director of The Shipyard collaborative art/build space for large scale mechanical, kinetic and electronic art. As the Founder of ALL Power Labs, Jim is focused on creating tools for distributed power generation and open source comparative research in biomass thermal conversion.

Heyward Robinson recently joined Oakbio Products as Vice President of Business Development where he is focused on bringing Oakbio’s unique carbon capture and utilization technology to market. Previously, Heyward was the Programs Director at the Clean Coalition and a Senior Scientist at SRI International. He has over 25 years of experience managing multi-disciplinary teams to develop novel optical and electronic materials for emerging applications, including optical coatings, renewable energy, and information processing. He holds a BS in Mechanical Engineering and Materials Science from Duke University and a Ph.D. in Materials Science and Engineering from Stanford. Heyward is the former Mayor of Menlo Park, CA; former Chairman of the San Francisquito Creek Joint Powers Authority; former Board Member of the Dumbarton Rail Policy Committee; and former member of the San Mateo County Congestion Management and Environmental Quality Committee. He co-founded Menlo Park’s Green Ribbon Citizen’s Committee (GRCC) and was Mayor when Menlo Park became one of the first California Cities to create and adopt a Climate Action Plan. He has also served as Conservation Chair and Executive Committee Member of the Sierra Club’s Loma Prieta Chapter and on the Board of Directors of Sustainable Silicon Valley.